Jump to: HISTORY • STAFF • BOARD OF DIRECTORS • FAQ

The mission of ALOM is to foster local government in Allegheny County and Southwestern Pennsylvania by educating elected officials, delivering essential resources and advocating for sound policy and legislation. ALOM is helping public servants make their communities better.

The marquee event of ALOM is the Annual Spring Educational Conference. This event serves as a learning and professional networking opportunity that has proven valuable and become a tradition among many Local Elected Officials. This event has grown over 30% in recent years, and in 2022 welcomed over 400 local government elected and appointed officials in addition to 75 exhibitors and a host of speakers, educators and dignitaries.

ALOM offers Retirement Solutions to member municipalities and is the plan sponsor of a 457 Deferred Compensation Plan and a 401(a) Plan. Currently over 30 municipalities participate, including the City of Pittsburgh, and the plan assets total over a quarter of a billion dollars.

The Banner Community Program recognizes municipalities that distinguish themselves as model communities through a commitment to effective, efficient and accountable government principles through implementation of recognized best practices in providing services to their constituents. In 2022, the program was expanded to include municipal authorities, and a record 80 total Banner Communities were designated.

ALOM also produces a number of additional publications, resources and networking events for our constituents. These include but are not limited to notarial services, an online Member Marketplace and an Annual Compensation & Benefits Report as well as events such as a Benefits Advisory Seminar, an Annual Golf Outing and Bi-Annual Legislative Reception.

The Associations of ALOM

ALOM Board of Directors

The Board of Directors for the Allegheny League of Municipalities (ALOM) is drawn from the municipalities, municipal authorities and municipal associations that were a part of the organization since its inception in 1974.

Officers of the Board of Directors: 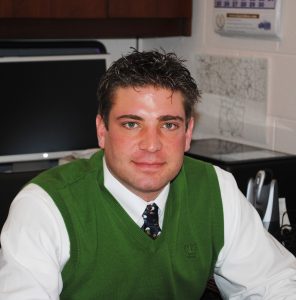 Jason was hired as Executive Director of ALOM in August of 2015 and brings nearly 15 years of experience in municipal government as well as a graduate level education in Public Policy to the table. Elected in 2003 at the age of 24, he served 12 years as a supervisor in Fawn Township, was President of the Allegheny County Association of Township Officials (ACATO) and served on the Executive Committee of the Pennsylvania State Association of Township Supervisors (PSATS).

Prior to coming to ALOM, Jason spent 8 years as a school administrator focusing on communications, transportation and board management.  He also has experience serving as a staffer in both the Pennsylvania and United States Legislative Branches.

Jason is a resident of Fawn Township where he lives with his wife and two children. He is a passionate outdoorsman and his hobbies include fishing and hunting with his family and close friends. 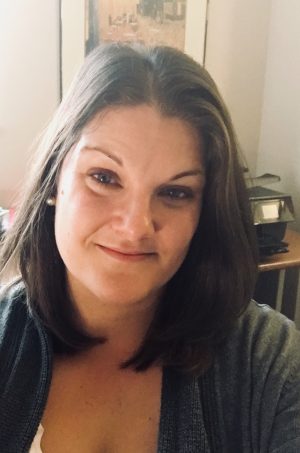 Crystal joined ALOM in September 2015 and has been working in the nonprofit sector for 15 years.  Crystal earned an MPA from the University of Pittsburgh and has spent a decade working in the areas of Community Development, Fundraising, and Communications. At ALOM, Crystal takes the lead on all events planning including ALOM’s 3 Signature Events, as well as all communications initiatives and sponsor/vendor relations.

Crystal lives in Carnegie with her husband. Her hobbies include yoga, hiking and gardening. 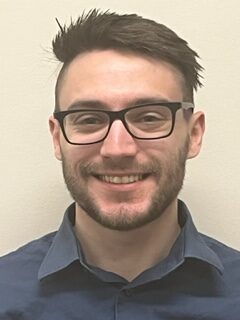 Joe joined ALOM in June 2022 as the organization’s Program & Services Coordinator. He earned his BS in Chemistry from the University of Pittsburgh and his MPH with a concentration in Health Policy from The George Washington University. Prior to joining ALOM, Joe served as an AmeriCorps member in Pittsburgh and worked on projects on how to best conduct health services research at AcademyHealth, a DC-based nonprofit.

Joe lives in the city of Pittsburgh, where he enjoys cooking, reading, and going on walks.

Katelyn started at ALOM in December 2018 as the legislative consultant, in a position newly created for ALOM.  The goal of this position is to have legislators better engaged on ALOM’s policy platform and day-to-day operations, while giving ALOM members updates on important policy decisions coming from Harrisburg and Washington.  Katelyn also assists with ALOM’s outward presence in social media engagement.

Prior to joining ALOM, Katelyn spent a number of years in government and politics, working most recently for the U.S. Senate.  Katelyn is active in the non-profit sector as a volunteer and board member.  Katelyn is a graduate of Duquesne University.  Her hobbies include spending time with family and friends, attending concerts, and walking the family dog.  Katelyn is a mother of two and lives in the Peters Township with her husband.

What exactly does ALOM do?

Who is ALOM's target audience?

Why be a Member with ALOM?

Businesses and other Non-Governmental Organizations:

How does ALOM membership work?

ALOM Membership runs on a calendar year and at this time we do not offer prorated membership dues. The cost of membership is based upon which classification of membership your organization or municipality would fall in. For specific question on membership costs or benefits, please contact our office.

What is the benefit of ALOM membership?

For municipalities, authorities and municipal stakeholders, ALOM provides a number of benefits to its members that include education and networking opportunities, free notarial services, budgeting resources, retirement solutions and much more. For municipal service providers, ALOM provides the ability to target audiences and create brand awareness through support opportunities.

When is the Spring Educational Conference?